WHAT DOES COLLECTIVE DEMOCRACY LOOK LIKE? IT'S UP TO US.

As the “advanced” nations of the world sink deeper into financial, ecological, and moral bankruptcy, a growing contingent of the global population refuses to stand idly by while our collective future is carelessly gambled away by a rapacious few. With the aid of the internet we are tangibly connected across borders and oceans, banding together and supporting one another in droves, pooling resources, knowledge, and skills to build a do-it-ourselves grassroots revolution of a kind the world has never known. This is not a war - the Indignados and the Occupiers are not after blood – we are fighting to have our voices heard, to have our concerns and ideas considered, and to have the freedom to participate in building the kind of society we envision. It is becoming clear that many around the world share a common outrage: we are no longer willing to tolerate systems of governance that represent the wealthiest few at the expense of the many.

In Chapter 14 of his book PERMACULTURE: A Designer’s Manual Bill Mollison offers a brilliant, concise outline of “Strategies for an Alternative Nation”.  Mollison, who together with David Holmgren coined the term “permaculture” to describe a holistic approach to cultivating healthy ecosystems and societies, begins the chapter by suggesting that a stable nation is formed when members share a basic set of ethical values, such as willingness to strive together towards “an harmonious world community”.

While this may at first seem like an ambitious objective, there are practical steps that can be taken in an earnest effort to arrive at a common ethos, beginning with reconsidering our rolls as individuals and citizens in an increasingly globalized society.

Practically from birth, we are taught to compartmentalize: we learn that we are separate from our parents, our siblings, our classmates. We learn that we are separate from those with other beliefs, nationalities, or skin pigmentation, and sometimes we acquire hostilities toward those we deem different from ourselves. Rather than learning to focus on our inherent similarities and accepting any apparent differences as superficial, so often we are led to believe just the opposite. As we become alienated from our environment and fellow creatures, we also become divorced from a sense of responsibility to participate in taking care of the world around us. When we stop caring, we relinquish the power to make decisions about our needs to whatever entity thinks it knows best.

Fortunately it is quite easy to discover that we are not, in fact, autonomous agents – our actions have very tangible effects ­– well into the future ­– on everything and everyone with whom we interact. By suspending the tendency to separate and polarize, we can begin to see connections not only between individuals, disciplines, and philosophies; we also begin to see the way our beliefs, thoughts, actions, and decisions shape our world.

Who is to say what beliefs, thoughts, actions, and decisions are the right ones for an entire society? This brings us to the precarious question of freedom, that crucial thing that so many on all sides of the political spectrum claim to understand best, and feel is being impinged. Some define freedom as the ability to act in any way one chooses, so long as that action does not do harm to another. But in order to settle on this definition we must first discuss “harm”, and decide how much harm is acceptable, not only to other people, but from the perspective of permaculture, we must also take into account harm to the planet.

In thinking about our definition of freedom, we may agree that, while we must be free to think in any way we choose, certain actions are more likely to lead to greater harm than others. We may also determine that some of our desires stem less from true inner longings and more from external persuasion, often from a commercial entity that has something to gain by capturing our attention.
By asking ourselves a few questions, we can begin to open a dialog on how to build a free society that also has a common ethical basis. The Iroquois Nation People, for example, have long engaged a rule of thumb: what effect will my present actions have on the “seventh generation” ­– approximately 100 years into the future? How would our behavior change if we were to routinely ask ourselves similar questions, such as who will be affected by my choices and how? Is there a more positive, constructive, efficient course of action? If I have plenty and my neighbor is starving, which will provide me with a greater sense of security and well-being: sharing or hoarding?

There are no singular, hard-and-fast “right” answers to any of these questions – rather, it is the process of honestly addressing them that has the potential to reveal the truly subtle, complex, and powerful ways in which we are connected to our communities and our culture. By allowing ourselves to think in less linear, literal, rigid ways and by instead cultivating forms of thought and dialog that are more encompassing, cyclical, and even accepting of contradiction and paradox, we may discover new ways to relate and cooperate with forces once seen as opposing.

This proposed method of discussion stands in stark contrast to the more common form of debate in which participants attempt to “win” at all costs, often by employing emotional persuasion (rhetoric) rather than reasoned argument. Instead of aiming to overpower an opponent, those engaged in discussion based on dialectical methods agree at the outset that there may be more than one answer to a problem, and that all answers may lead to more questions, allowing for open-ended, continuously-evolving perspectives.

Willing members of a collective democracy agree to participate in creating an harmonious world community, each in his or her own unique way, beginning with the state of his or her own immediate situation. What this means, and where we go from here, is up to us. 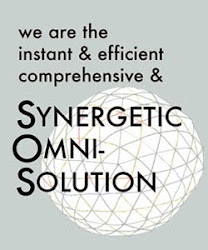 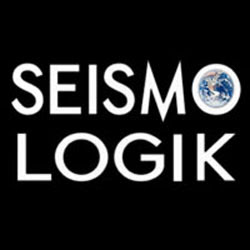 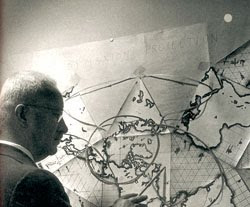 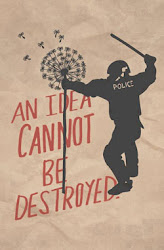